Complex Conflict This CEO Found Himself In for 8 Years

Typically when I talk with a client about how to manage conflict, it’s within an organization. On this episode of the Hot Mess Hotline, Jim Morris, the CEO of Greater Indy Habitat for Humanity, describes a complex conflict with a similar organization. Jim’s experience isn’t unique to those in the nonprofit sector, as he found himself navigating multiple internal and external groups who had a say in the problem. But unlike other CEOs and leaders who are working to manage conflict within a team, Jim spent 8 years in this hot mess of being consistently in conflict with another local organization. The only differentiator was the counties they served, which led to confusion to other “boundaries” being crossed, literally and figuratively.

Jim couldn’t control how the other chapter chose to act, or what they chose to do. What he could control, and what we discuss in this episode, was the work he did to manage conflict within his own staff, and the team communication strategies he used to make sure their work was consistent with the mission and values of the organization first and foremost.

As Jim will tell you, “Perseverance isn’t fun.” Listen to Part 1 of my 2-part Hot Mess Hotline interview with Jim to learn more about the external forces affecting him and his best advice in how to manage conflict in situations like his. Then listen to Part 2 of Jim’s interview here where we talk about his strategic plan moving forward, and the role the global pandemic has played.

Jim Morris is married with 3 children and is the President and CEO of Greater Indy Habitat for Humanity.  He has led this nonprofit and has a total of 30 years’ experience in both the profit and nonprofit sectors.  He has spent his last 21 years in the nonprofit sector with direct experience in affordable housing, arts and culture, comprehensive community development, economic development and cultural tourism. He has been in management in for 20 of his 21 years in his nonprofit work. In his 8 years in the for-profit sector, he primarily worked in the residential building and construction industry.

In 2006 while serving as Executive Director of the Arts & Cultural Alliance in Orlando, Jim received the coveted Martin Bell Scholarship, a full-ride scholarship to the executive MBA at Rollins College.  He completed his MBA in 2008.  The Martin Bell Scholarship is awarded annually to a senior nonprofit professional who demonstrates outstanding leadership in their nonprofit field. Jim is also a published writer, having written for several magazines.

He is an Indiana native, born and raised in Michigan City and finished his undergraduate work at Ball State University with a degree in Journalism.  He and his family lived in Orlando, Florida for 12 years prior to moving back to Indiana in 2008. He attends Common Ground Church.

About Greater Indy Habitat for Humanity

Since 1987 Greater Indy Habitat for Humanity has helped more than 1,000 families globally relocate from substandard and poverty housing into decent and affordable homes. More than 630 of these homeowners are here in our community of Greater Indianapolis and 425 are in Central America. Habitat homeowners help build their own homes alongside volunteers and pay an affordable mortgage. The foundations laid by Habitat go far beyond the physical structure of a home. Habitat for Humanity builds strength, stability, and independence through homeownership. To learn more or get involved, visit indyhabitat.org. 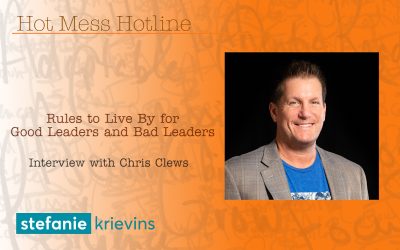 Chris Clews, speaker and author, bring us rules to live by for good and bad leaders straight from the 80s! Again! He has such a valuable perspective to share (and we have laugh so much when we’re together), I just had to have him back.

This time we’re talking about Road House and other 80s favorites. Plus if you’re thinking about pivoting your career or there’s a creative idea you keep thinking and dreaming about, Chris has some great advice on how to take action on it.

END_OF_DOCUMENT_TOKEN_TO_BE_REPLACED 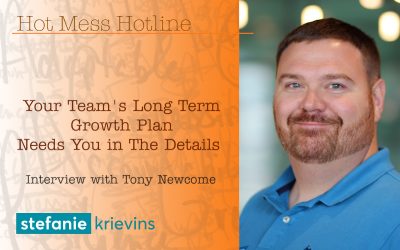 Tony Newcome, CTO at ActiveCampaign, creates long-term growth plans with his team and has everyone working in the details, including himself. It’s been instrumental to ActiveCampaign’s success and certainly his track record as an award-winning technology leader. In this episode listen for Tony’s leadership perspective and how he keeps cultures going in hyper growth mode while also staying focused. He believes the best in people and it shows through in everything he does and every conversation he has.

END_OF_DOCUMENT_TOKEN_TO_BE_REPLACED 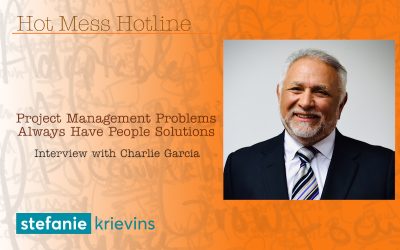 Charlie Garcia, president of C. Garcia and Associates, has learned that every project management problem really needs a people-focused solution. He grew up in the construction industry and learned early on to take responsibility for what’s broken AND what’s going right. In this episode, you’ll hear Charlie describe a problem completely caused by other people but making him look bad. Like losing millions of dollars bad.